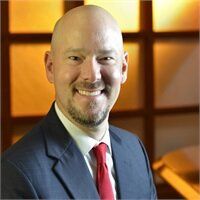 Matt began his investment management career in 1996 with a predecessor of Citi Fund Services, where he worked in the transfer agent and legal and compliance department for a large third-party mutual fund administrator. Thereafter, he served as counsel to Conseco Capital Management, a multi-billion dollar institutional investment management firm located in Carmel, IN.

In 2002, Matt joined The Phoenix Companies in Hartford, CT, where he ultimately served as Chief Legal Officer and Secretary for the Phoenix (now Virtus) mutual fund complex. During his time at Phoenix, Matt earned the CLU and ChFC designations from The American College.

Matt has earned his BA in Political Science, as well as his JD, from The Ohio State University. While in law school, he attended the Oxford University Summer Program, and has also earned his LLM in Insurance Law from the University of Connecticut.